Kids Haven Retirement of Moira and Appointment of Sam

There is no doubt – 2020 is a watershed year and one that everyone is going to remember.  It is also an important year for Kids Haven as I look forward to formally retiring in December.  I have been planning this for some time now and I am happy to hand over the reins to our new Managing Director who will join me in leading the team from the 1st of September.

My own children and four beautiful grandchildren are the joy of my life.  And so too are all the children at Kids Haven and those who have passed through its doors, who have allowed me into their lives.  It has been a long but rewarding twenty-eight years to create, nurture and develop this amazing place that is Kids Haven.

From the earliest days, I believe the street children found me. Everywhere I went in my home town, there were children with empty eyes asking for help. I saw their pain and believed that what my children needed was what ALL children deserved too. I started looking out for them. I asked them where their families were. I asked all relevant service providers what they were doing to help these children. And then I realized that I had to take responsibility for them. Fortunately I found many like-minded and passionate women and men to join me in creating this special place called Kids Haven.

The early years were very hard but I had incredible help from many exceptional people like Terri Heatlie, Elizabeth Holmes and Adele Pillay.  We were a determined group of women who believed in taking responsibility for all children, not just our own.  The children were all around us and they needed care.  We still feel honoured to do this work, it is a privilege. We were in the right place at the right time. It was always simple, the children deserved to be cared for, and that is what we did.

Twenty-eight years later we are still caring for children.  Our rewards are huge – smiles and hugs but I also feel frustration, despair and frequently anger for a system that does not protect children.  I am worried for children who grow up without kindness.  I am also passionate about animals who are utterly defenceless against humans.  I believe that being KIND is the only way to save the people and the animals on our planet.

Looking forward, I am encouraged to hand over the leadership of Kids Haven to our new Managing Director who is as committed as I am to improving the lives of children.  The Board of Directors support my decision to retire at the end of 2020 and to spend some time with my children and grandchildren.  I am looking forward to some quiet time, some peaceful time.  I am very happy that the process to find the new managing director has been fair and transparent, through an open call for applications.

And I am most delighted that our own Sam Mokgopha has been selected to be the incoming Managing Director from the 1st of September.  We have already been working closely together since his appointment as Assistant Director fourteen years ago and the time is right to shift the leadership into his hands.

Sam Mokgopha joined Kids Haven in January 2001 as our first Family Reunification Manager. His job was to develop the Kids Haven program of family tracing and family reunification.  In 2006, he was appointed as Assistant Director of Kids Haven and initially responsible for Residential Care at the Centre and the Village until 2013 when he developed the Precare and Aftercare Programs.  Sam has extensive knowledge of all three of the Pillars of Care of Kids Haven and has developed program implementation processes across Precare, Incare and Aftercare.  During this time, he has established a team that is proficient in community work while adding his expertise and knowledge to the Incare childcare activities.  Sam is also a great believer in partnerships and the power of the collective.   I especially value that he has focused his career and studies on our core population of vulnerable children and youth at-risk in need of care and protection, and the role of families and the community, throughout his career at Kids Haven.

Sam will take on the role of Managing Director, but the same senior team of Terri Heatlie and Annie Maboea, and fundraising by Sue Daly, will support Sam in maintaining the continuity of care but also in taking Kids Haven forward.

Sam has already held leadership roles in the National and Regional Alliance for Street Children, and was the Gauteng coordinator of the only census of street children ever attempted in South Africa back in September 2004. Sam and I were part of the working group on the amendments to the Children’s Act coordinating all street children submissions into the Act around the same time.  This included Sam making a presentation to Parliament’s Portfolio Committee on the inclusion of street children into the Children’s Act (Act 38 of 2005).  We were absolutely determined that street children should have the same rights as any other child in our country.

Sam says, “In the children’s sector and Kids Haven in particular, there is always a race to run like my predecessor Moira Simpson did.
What is really needed is for me to be well prepared, and fit for this marathon.  Leadership comes with huge responsibility and accountability.  I hold myself accountable to the beneficiaries that Kids Haven serves.  They are my priority.  I will strive to ensure that Kids Haven remains strategically relevant even in changing times.  I also want to ensure that this Organization is well known all around for its unique service to children.”

A note from the Chairman, Stanley Botopela:

“I am grateful to our succession committee, Deputy Chair Jane Macgregor, the succession team and all of Kids Haven’s Board members who contributed to the search for Kids Haven’s incoming Managing Director. We wish to thank founder and outgoing Managing Director, Moira Simpson, for her vision, strength and leadership to create and grow the centre that is Kids Haven. The Organization started in 1992 and has grown to be a CYCC that has cared for more than 5 000 children in the past 28 years as well as many pre-care and post-care programs in the community.  Moira modestly says that the ‘secret’ to Kids Haven has simply been GOOD parenting – loving the children, providing for their needs, treating each child as an individual and expecting children to make mistakes along the way but to learn from them.  Moira has always led by example and we are confident that Sam does too.” 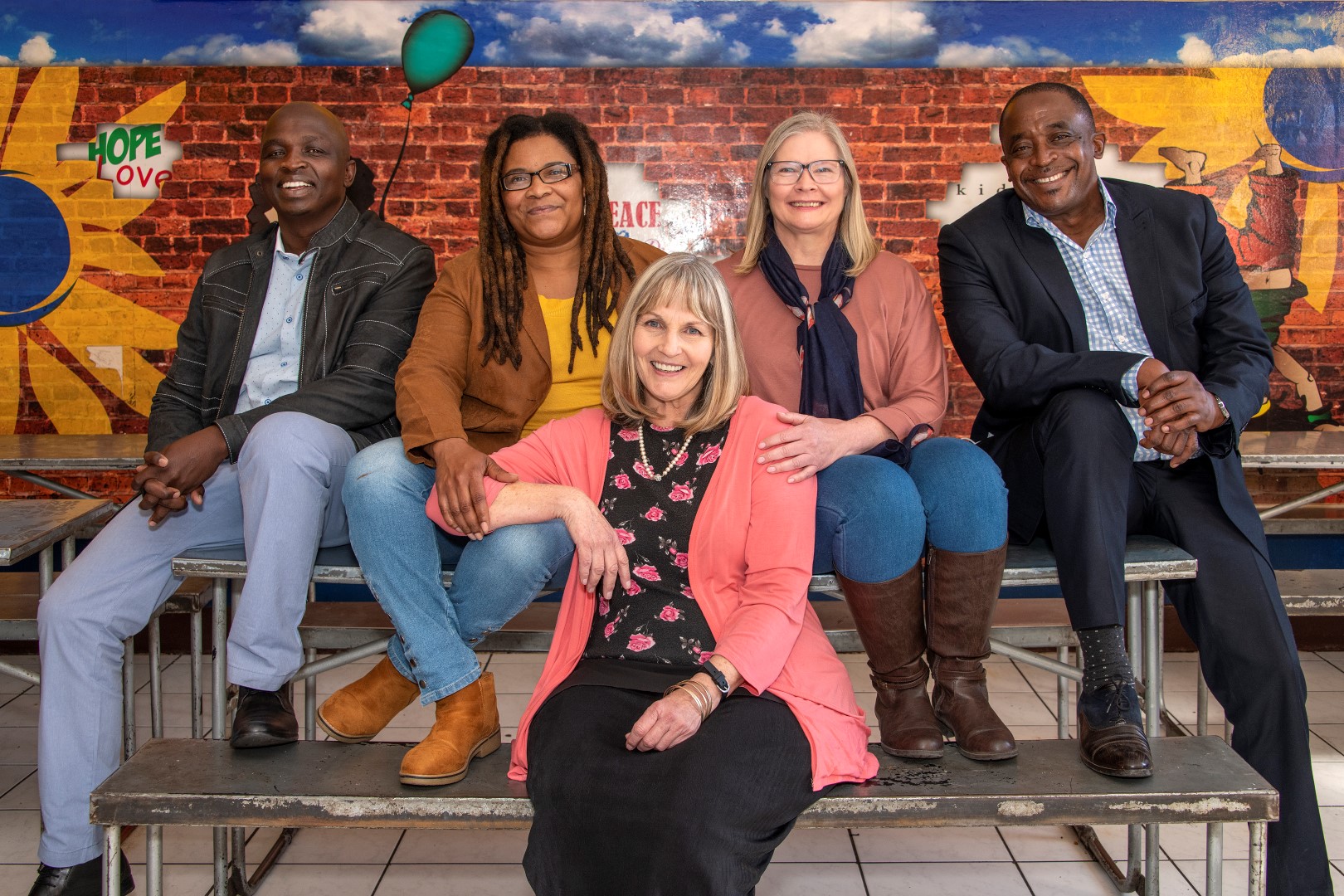 Thank you also to each and every one of you for supporting Kids Haven and making a difference for vulnerable children and youth in Ekurhuleni.  I am confident that Kids Haven remains in capable hands, with the strong team supporting Sam in his new role here.  I am planning to travel to visit my family as soon as it is possible, but will remain on the Board of Directors and get involved in volunteering.  I am looking forward to 2021.

A special thank you to Jennifer Simpson of https://www.jennifersimpsonphotography.com/ for these wonderful photographs to mark this occasion.

You can get involved by volunteering, donating money or second hand goods.
If you think your company could help make a difference please contact us.